We Help Over 3,500 People at Goodwill Career Centers Each Year. Here Are Some of Their Stories:

“Once I complete my training, I know I will have plenty of opportunities for a career in tech that excites me.”

When Dexter moved to San Francisco from Arkansas five years ago, the size and pace of the city overwhelmed him.

“I started off in one of the roughest areas, the Tenderloin, and I was homeless,” he says. “It was a major adjustment.”

Dexter found a job working at a fast food chain, but he was determined to find a job that led to a career path. But his justice-involved past made it difficult for him to find a job and a rental. He found that opportunity at a Goodwill job fair.

At Goodwill, Dexter’s career advisor referred him to our e-commerce department, where he now works as a photographer. Dexter has also enrolled in Goodwill’s Google IT Certification training. In partnership with Google, this advanced digital skills training provides necessary tech skills required for a 21st century job.

Today, Dexter’s life has stabilized with housing, a steady income, and a career track.

“A job is something you have to do to get by. A career can take you places,” he explains.” Once I complete my training, I know I will have plenty of opportunities for a career in tech, and that excites me. I thank Goodwill for giving me direction and the opportunity.” “Goodwill is a good place to work because it treats its employees, very, very well, and the managers and the team care about our well being and safety.”

When Su Ying, who is from China, joined Goodwill as a household goods pricer in the warehouse, she knew only a few words of English. She was fortunate enough to be part of Goodwill’s initial ESL class, and 14 weeks and 50 English words later, she says she knows enough words to communicate with her coworkers and do her job well.

One of the most important words she learned was “safe.” At Su Ying’s last job, at a rice noodle factory, she says the employees were not given safety training or instructions and she left in part because she feared injury.

“Goodwill is a good place to work because it treats its employees, very, very well, and the managers and the team care about our well being and safety,” she says. “As soon as I began here, I was trained how to handle the machines properly so we don’t get hurt. That has helped me feel comfortable and do a good job. I feel so grateful to Goodwill.” “At Goodwill, there is so much support for advancement. I plan on making the most of the opportunities to keep growing.”

Before he came to Goodwill, Ricky characterized his life as “chaotic.”

“I started experimenting with marijuana when I was 12 or 13,” he says. “And it just escalated from there—I started using harder drugs. From then on, life was pretty dark. I wasn’t able to support myself, and I was depressed.”

After 13 years of substance abuse, Ricky checked himself into a rehab program at Walden House, which directed him to Goodwill where he was connected with a career advisor.

Ricky started at Goodwill as a donation attendant and worked his way up to his current position managing one of Goodwill’s premium boutique stores and helping to manage two other sites.

Ricky, who supervises nine people, says that Goodwill’s leadership training helped him discover that he was a good leader. “At Goodwill, there is so much opportunity for support. I’m still learning, and I plan on taking all the opportunities Goodwill offers to  grow.” “Every day I come to Goodwill I have friends and people I trust. They make me realize I am not alone.”

Ten years ago Cruz’s son was murdered in San Francisco’s Mission District.  Cruz had moved to the United States from Nicaragua fleeing the violence of the country’s civil war and building her life in San Francisco.

After her son’s murder Cruz was distraught and feeling hopeless. In 2018, she had another setback—the restaurant she worked at closed.  One day, walking through the Mission, looking for Help Wanted signs, she passed Goodwill’s Career Center and was inspired to seek help from Goodwill Career Advisors.

Today, Cruz is a trained reuse textile sorter in Goodwill’s Warehouse and Training Center. Still mourning the loss of her son, she says “Working at Goodwill is my therapy. Every day I come to Goodwill I have friends and people I trust. They make me feel special and that I am not alone.” “Everywhere I’ve been at Goodwill, somebody has invested in me and helped develop and train me.”

A few years ago, Lisa was released from a federal prison. She moved into a halfway house in San Francisco, determined to make a fresh start.

Her first step was finding a job. She knew that would be challenging with her prison record. Then, her housemates suggested Goodwill.

Lisa immediately joined our free retail training program and became a transitional employee, the first rung in the ladder on Goodwill’s retail career track. After many hours of specialized training and five promotions later, Lisa is now the senior store manager at the San Rafael store where she directly supervises and mentors 22 staff and additionally helps oversee the Novato store.

“When I got out of prison and moved to San Francisco, I feared I was never going to get a job,” she says. “Goodwill not only trained me, but gave me bus tokens to be able to get to work. They gave me vouchers for my interview clothes.”

“Before I found Goodwill, I didn’t know how I was going to survive. I didn’t want to go back into my old habits. Everywhere I’ve been at Goodwill, somebody has invested in me and helped develop and train me. Now I’m confident and more secure. I learned if you really want to change and move up in life, this is a very good place to start. Goodwill has taught me to believe in myself.” In 2015, Gio migrated from the Philippines, seeking a better life to support his wife and five children back home.

“That’s how my journey to stability started,” says Gio.

He was hired as a Goodwill donation ambassador, then promoted to donation supervisor. Today he works at Goodwill, and Comcast, as a technician. Gio says he wouldn’t have been qualified for the Comcast job without Goodwill. “Goodwill gave me a chance to show I was a hard worker, and the opportunity to learn skills and build my confidence,” he says.

His training at Goodwill has given him highly marketable skills, in particular hazmat training, warehouse and logistics, and forklift training.. “Goodwill’s training opens a lot of doors. When a company sees you already have had these trainings, they see it as a plus factor.”

Gio appreciates that Goodwill is different from other companies because it is  a ‘earn while you learn’ organization. “If, for example, you think that you need to go to another department to grow, Goodwill trains you and supports you —until you to get there,” he says. “Where else would you get that chance?” A few years ago Christopher, a single father, left his job at a recycling company after being told that he had to make a choice between his job and his family responsibilities.

So Christopher began looking for a new job. He was depressed, as he couldn’t find work that offered him the flexibility to both provide for and care for his children.

Then, four years ago, Christopher came to the Goodwill Career Center. In a job interview for an e-commerce position he mentioned that he had worked at Toys ‘R’ Us for 13 years. The hiring manager’s eyes lit up. “She said: ‘I’ve been looking for a toy person!’” recounts Christopher.

Today, Christopher is Goodwill’s Collectibles Lead and toy expert. He is continually learning new skills, including cutting-edge technology skills, photography and pricing. “This job is like ongoing training,” he says. “I feel like I can build a career.”

Christopher credits Goodwill with turning his life around. “Now, my kids see me as a role model!” he says. “They are proud of me.” “When I was released from prison I didn’t have any work experience. I didn’t even know how to do a resume. Goodwill gave me the training and skills I needed to get a job. I don’t know where I would be without Goodwill.” “I love my job for a lot of reasons, but mainly because, coming from Azerbaijan and a very different culture, every interaction I have at Goodwill is a learning experience for me.” 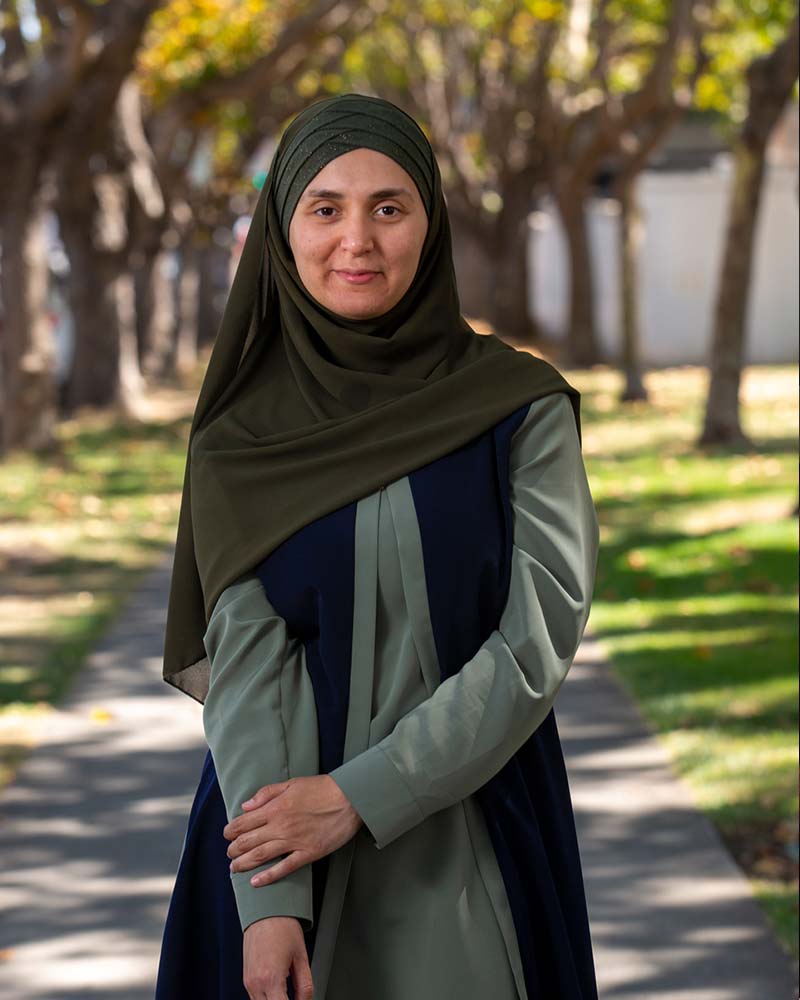